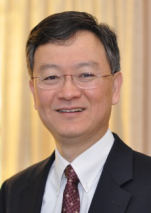 Talk Abstract: The cyberphysical networked microgrids are widely envisioned to be the building block for the future smart grid, for its autonomy, distributed energy resources hosting capability, enhancements in reliability and resilience, etc. This presentation dissects the networked microgrid control hierarchies, i.e. primary, secondary, and tertiary, and provides a close-up look at the distributed tertiary control layer. This presentation will also highlight two of the fundamental technologies: Collaborative Distributed Energy Management System (CoDEMS) and Cybersecurity framework of the CoDEMS that are currently developed at the Advanced Diagnosis, Automation, and Control (ADAC) lab. 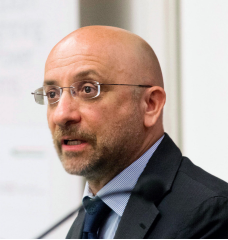 Carlo Alberto Nucci graduated with honors in electrical engineering from the University of Bologna, Bologna, Italy, in 1982. He is a Full Professor and Head of the Power Systems Laboratory of the Department of Electrical, Electronic and Information Engineering “Guglielmo Marconi”, University of Bologna. He is an author or coauthor of over 370 scientific papers published in peer-reviewed journals or in proceedings of international conferences. Prof. Nucci is a Fellow of the IEEE and of the International Council on Large Electric Systems (CIGRE), of which he is also an Honorary member, and has received some best paper/technical international awards, including the CIGRE Technical Committee Award and the ICLP Golde Award. From January 2006 to September 2012, he served as Chairman of the CIGRE Study Committee C4 System Technical Performance. He has served as IEEE PES Region 8 Rep in 2009 and 2010. Since January 2010, he serves as Editor-in-Chief of the Electric Power Systems Research journal (Elsevier). He has served as the President of the Italian Group of the University Professors of Electrical Power Systems (GUSEE) from 2012 to 2015. He is presently serving as Italian Representative in the Horizon Europe Mission Board Sub-group “Climate-neutral and Smart cities”, and as a member of the Technical Scientific Committee of the Regional Energy Plan of Emilia Romagna Region, Italy. Prof. Nucci is Doctor Honoris Causa of the University Politehnica of Bucharest and a member of the Academy of Science of the Institute of Bologna. He is also serving as vice-chair of the International Conference on Lightning Protection, ICLP. 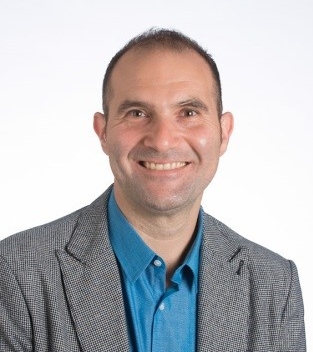 Pierluigi Mancarella is Chair Professor of Electrical Power Systems at the University of Melbourne, Australia, and Professor of Smart Energy Systems at the University of Manchester, UK. Pierluigi obtained the PhD degree in Power Systems from the Politecnico di Torino, Italy, has been a Research Associate at Imperial College London, UK, and has held visiting research positions at Sintef/NTNU in Norway and NREL in Colorado, as well as visiting professorships at Ecole Centrale de Lille in France and the Universidad de Chile.

Pierluigi has been involved in/led, in the last 10 years, some 50 research projects and consultancy and professional activities in the UK, Australia, and internationally, in the area of techno-economics and business cases for smart grid technologies, risk and resilience assessment of future networks, integrated multi-energy systems modelling, and energy infrastructure investment under uncertainty.

Pierluigi is author of four books, several book chapters, and of over 200 research papers. He is an Editor of the IEEE Transactions on Smart Grid, IEEE Systems Journal, International Journal of Electrical Power and Energy Systems, and Philosophical Transactions of the Royal Society A (guest). Pierluigi is also an IEEE Power and Energy Society Distinguished Lecturer and the past Chair of the Energy Working Group of the IEEE European Public Policy Initiative.