During the month, Prague enjoys an average of ten hours of daily sunshine – that's the same as in May – alongside median cloud coverage of 50% (partly cloudy) which hardly varies at all. Cloud coverage begins at 50% on June 1st and rises up to 51% by June 27th. On an average day, the sky is clear/mostly clear 39% of the time, partly cloudy 26% and mostly cloudy/overcast 25%. At this time of year, Prague is subject to less than one full foggy day across the month.

The average monthly precipitation for the city in June is 67mm/3 inches – that's slightly less than the previous month – which is spread out between 17 rainy days. The probability of rainfall making an appearance across the month averages at around 60%. The most likely day is June 26th when rainfall falls on 61% of days, whilst the least likely day is June 2nd, when it falls on 59% of days. The most common forms of precipitation you can expect to see in Prague in June are moderate rain (which occurs on 52% of days with rainfall), thunderstorms (35%) and light rain (12%).

At 69% – slightly higher than May – the humidity for Prague in June is relatively low compared to the colder winter and spring months, such as February and March. At this time of year, the relative humidity for the city fluctuates between 49% (comfortable) and 93% (very humid), rarely falling below 33% (comfortable) or reaching as high as 100% (very humid). The air is usually driest around June 3rd, when the relative humidity falls below 57% (mildly humid) three days out of four, whilst it's at its most humid around June 16th, when it rises above 89% (very humid) three days out of four. 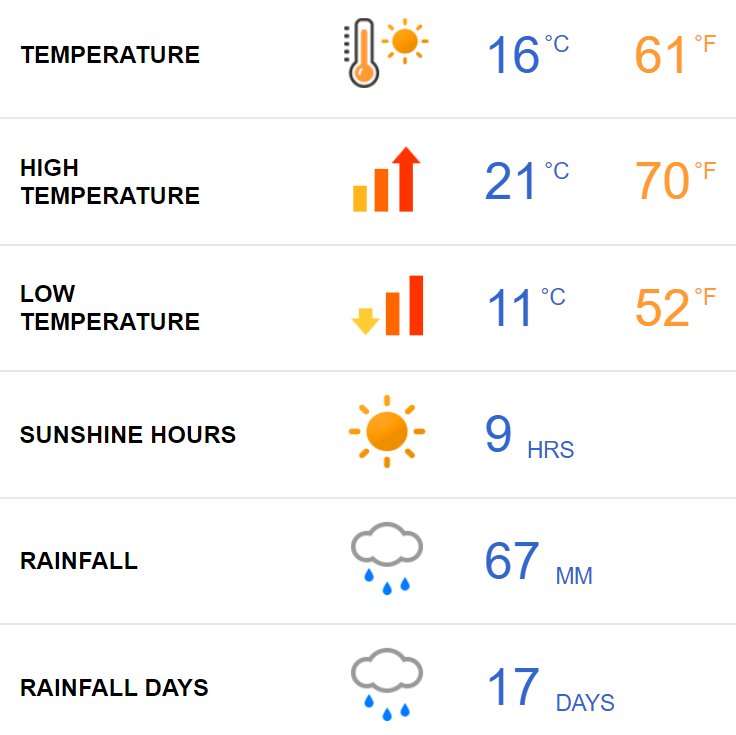